Today is the Autumn Equinox.
Although I do love fallen leaves, I wish I felt the same as the season as Emily does here (sigh).
Fall Leaves, Fall - Emily Bronte
Fall, leaves, fall; die, flowers, away;
Lengthen night and shorten day;
Every leaf speaks bliss to me
Fluttering from the autumn tree.
I shall smile when wreaths of snow
Blossom where the rose should grow;
I shall sing when night’s decay
Ushers in a drearier day.
Posted by Siobhán at 6:56 pm 37 comments:

Let us forget all other news items today but this: spring is here.

Let spring be a consolation to us now and poetry, more so than ever.

If ever there were a spring day so perfect,
so uplifted by a warm intermittent breeze

and unlatch the door to the canary's cage,
indeed, rip the little door from its jamb,

seemed so etched in sunlight
that you felt like taking

a hammer to the glass paperweight
on the living room end table,

releasing the inhabitants
from their snow-covered cottage

so they could walk out,
holding hands and squinting

into this larger dome of blue and white,
well, today is just that kind of day. 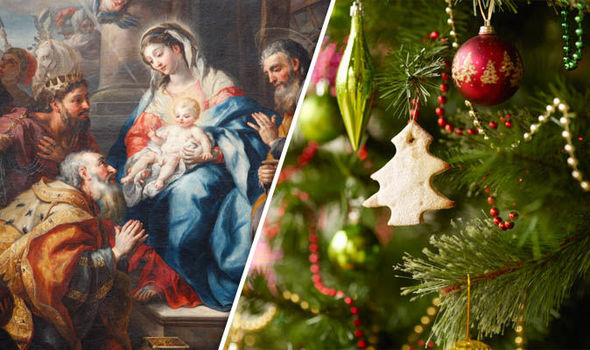 Two poems for the last day of Christmas...


Taking Down the Tree - Jane Kenyon


"Give me some light!" cries Hamlet's
uncle midway through the murder
of Gonzago. "Light! Light!" cry scattering
courtesans. Here, as in Denmark,
it's dark at four, and even the moon
shines with only half a heart.

The ornaments go down into the box:
the silver spaniel, My Darling
on its collar, from Mother's childhood
in Illinois; the balsa jumping jack
my brother and I fought over,
pulling limb from limb. Mother
drew it together again with thread
while I watched, feeling depraved
at the age of ten.

With something more than caution
I handle them, and the lights, with their
tin star-shaped reflectors, brought along
from house to house, their pasteboard
toy suitcases increasingly flimsy.
Tick, tick, the desiccated needles drop.

By suppertime all that remains is the scent
of balsam fir. If it's darkness
we're having, let it be extravagant.

Journey of the Magi - TS Eliot

A cold coming we had of it, Just the worst time of the year For a journey, and such a long journey: The ways deep and the weather sharp, The very dead of winter.' And the camels galled, sorefooted, refractory, Lying down in the melting snow. There were times we regretted The summer palaces on slopes, the terraces, And the silken girls bringing sherbet. Then the camel men cursing and grumbling and running away, and wanting their liquor and women, And the night-fires going out, and the lack of shelters, And the cities hostile and the towns unfriendly And the villages dirty and charging high prices: A hard time we had of it. At the end we preferred to travel all night, Sleeping in snatches, With the voices singing in our ears, saying That this was all folly. Then at dawn we came down to a temperate valley, Wet, below the snow line, smelling of vegetation; With a running stream and a water-mill beating the darkness, And three trees on the low sky, And an old white horse galloped away in the meadow. Then we came to a tavern with vine-leaves over the lintel, Six hands at an open door dicing for pieces of silver, And feet kicking the empty wine-skins. But there was no information, and so we continued And arriving at evening, not a moment too soon Finding the place; it was (you might say) satisfactory. All this was a long time ago, I remember, And I would do it again, but set down This set down This: were we led all that way for Birth or Death? There was a Birth, certainly We had evidence and no doubt. I had seen birth and death, But had thought they were different; this Birth was Hard and bitter agony for us, like Death, our death. We returned to our places, these Kingdoms, But no longer at ease here, in the old dispensation, With an alien people clutching their gods. I should be glad of another death.

View my complete profile
Poetry lovers, loathers or newbies - I'd love to hear from you! Leave a comment by clicking on comments below a post and signing in with your Google ID, blog/website or Anonymous if these do not apply. Or feel free to email me at siobhanbsb@hotmail.com

Poetry is when an emotion has found its thought and the thought has found words. ~Robert Frost
Poetry is the language in which man explores his own amazement. ~Christopher Fry
Poetry should strike the reader as a wording of his own highest thoughts, and appear almost a remembrance. ~John Keats
Put your ear down close to your soul and listen hard. - Anne Sexton