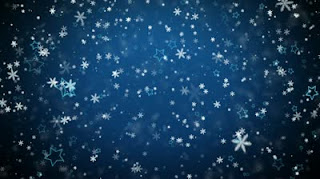 It's the time of year when anticipation and expectation reign high: from people returning home for Christmas to declarations and confirmations of love, giving of gifts, spontaneous surprises, to snow and the season's most potent characteristic - magic - in whatever guise or form it may come.

Various people, various things, various magic. I love how this poem captures all of this.

Many minute attentions, many knowledgeable watchers,
Much cold, much overbearing darkness.

Various long midwinter Glooms.
Various Solitary and Terrible stars.
Many Frosty Nights, many previously Unseen Sky-flowers.
Many people setting out (some of them kings) all clutching at stars.

Many visions, many digitally enhanced heavens,
All kinds of glistenings being gathered into telescopes:
Fireworks, gasworks, white-streaked works of Dusk,
Works of wonder and or water, snowflakes, stars of frost …

Many exile energies, many low-voiced followers,
Watchers of whisps of various glowing spindles,
Soothsayers, hunters in the High Country of the Zodiac,
Seafarers tossing, tied to a star…

Various people coming home (some of them kings). Various headlights.

Two or three children standing or sitting on the low wall.
Various winds, the Sea Wind, the sound-laden Winds of Evening
Blowing the stars towards them, bringing snow.
Posted by Siobhán at 6:49 pm